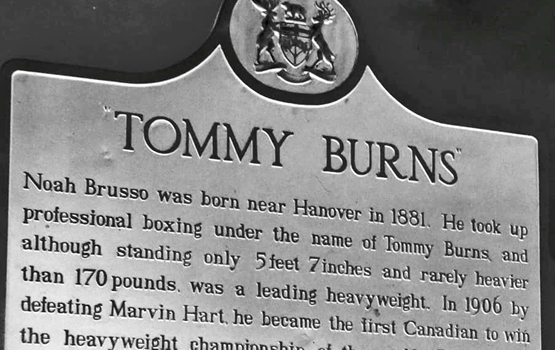 Noah Brusso was born near Hanover in 1881. He took up professional boxing under the name of Tommy Burns, and although standing only 170 cm and rarely heavier than 77 kg, was a leading heavyweight. In 1906 by defeating Marvin Hart, he became the first Canadian to win the heavyweight championship of the world. Defeated by Jack Johnson in Australia in 1908 he did not retire from boxing until 1920. Brusso's methods of training were used by later athletes, and he wrote a book on scientific boxing. He died in Vancouver in 1955.