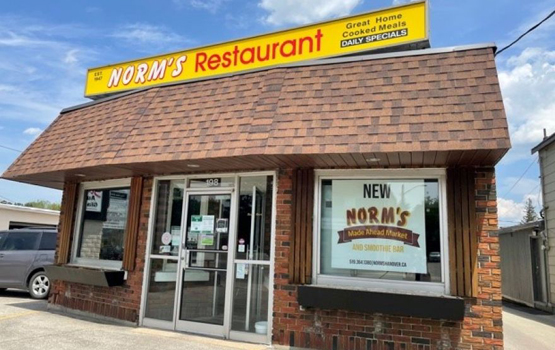 First opened in July 1947 as Earl & Norm’s Snack Bar, Norm’s is one of Hanover’s oldest restaurants. They’ve come a long way from the small snack bar they once were but haven’t forgotten their roots. You can still pop in for their famous fresh-cut fries, exactly the same as they were on opening day (although they will cost a bit more than a quarter now).

In the past three years, Norm’s has been given a new lease on life and now enjoys its reputation as a diner for all of Hanover’s residents, young and old alike. Whether you’re in the mood for a decadent eggs benedict brunch, homemade burger and local craft beer, or maybe just a piece of their coveted coconut cream pie, no matter what you have a hankering for, their home style cooking has you covered.

Check out Norm's Made Ahead Market also featuring Ani's Kitchen and The Baker's Table items.